Run your own LXD demo server

The LXD demo server is the service behind https://linuxcontainers.org/lxd/try-it.
We use it to showcase LXD by leading visitors through an interactive tour of LXD’s features. 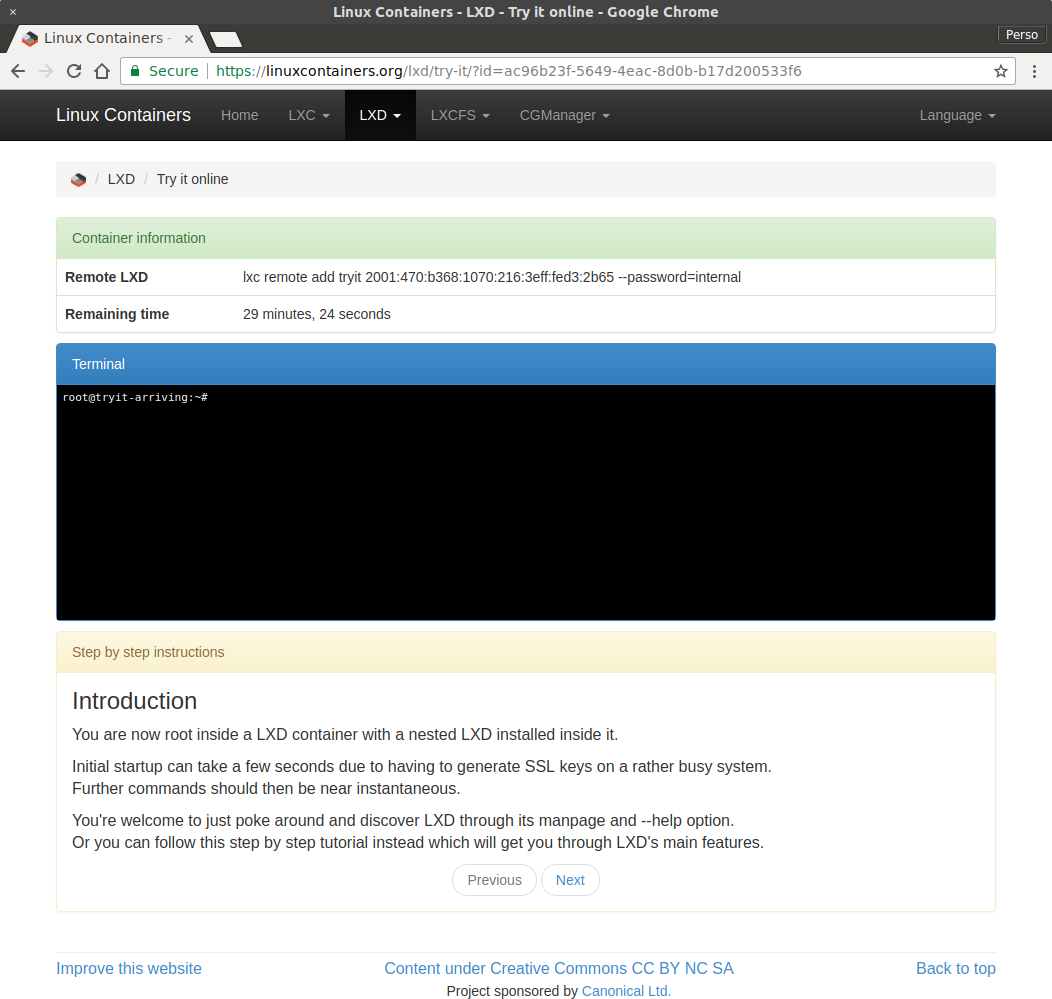 Rather than use some javascript simulation of LXD and its client tool, we give our visitors a real root shell using a LXD container with nesting enabled. This environment is using all of LXD’s resource limits as well as a very strict firewall to prevent abuses and offer everyone a great experience.

All of it is configured through a simple yaml configuration file.

Setting up your own

The LXD demo server is now available as a snap package and interacts with the snap version of LXD. To install it on your own system, all you need to do is:

And finally install lxd-demo-server itself

To change the configuration, use:

And that’s it, you have your own instance of the demo server. 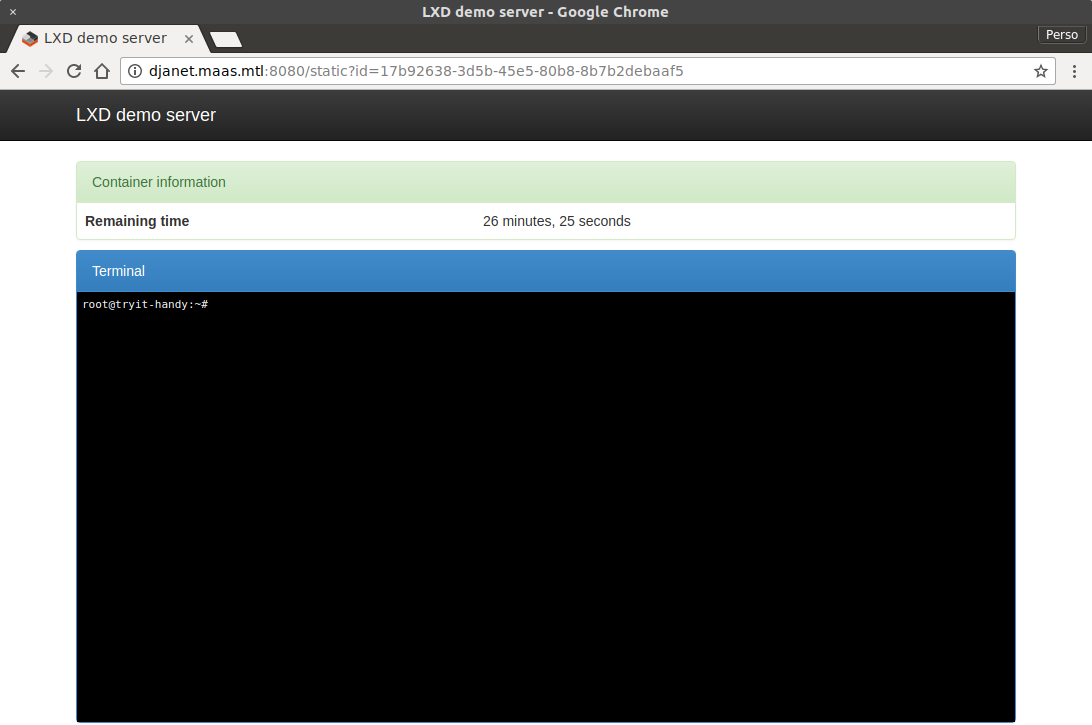 As mentioned at the beginning, the demo server comes with a number of options to prevent users from using all the available resources themselves and bringing the whole thing down.

Those should be tweaked for your particular needs and should also update the total number of concurrent sessions so that you don’t end up over-committing on resources.

On the network side of things, the demo server itself doesn’t do any kind of firewalling or similar network restrictions. If you plan on offering sessions to anyone online, you should make sure that the network which LXD is using is severely restricted and that the host this is running on is also placed in a very restricted part of your network.

Containers handed to strangers should never be using “security.privileged” as that’d be a straight route to getting root privileges on the host. You should also stay away from bind-mounting any part of the host’s filesystem into those containers.

I would also very strongly recommend setting up very frequent security updates on your host and kernel live patching or at least automatic reboot when a new kernel is installed. This should avoid a new kernel security issue from being immediately exploited in your environment.

The LXD demo server was initially written as a quick hack to expose a LXD instance to the Internet so we could let people try LXD online and also offer the upstream team a reliable environment we could have people attempt to reproduce their bugs into.

It’s since grown a bit with new features contributed by users and with improvements we’ve made to the original experience on our website.

We’ve now served over 36000 sessions to over 26000 unique visitors. This has been a great tool for people to try and experience LXD and I hope it will be similarly useful to other projects.

2 Responses to Run your own LXD demo server