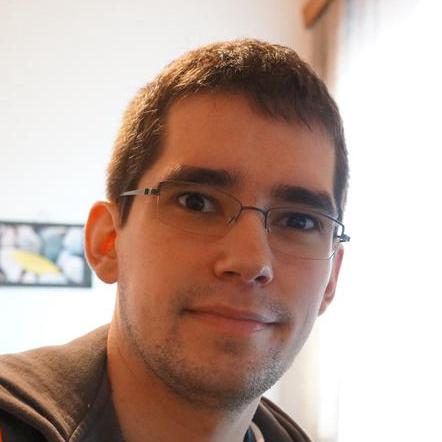 I’m Stéphane Graber. I’m probably mostly known as the LXC, LXCFS and LXD project leader, currently working as a technical lead for LXD at Canonical Ltd. from my home in Montreal, Quebec, Canada.

I’m originally from Switzerland (Bevaix, NE) but have been living in Canada since August 2008. My mother tongue is French, second language is German and third language is English. However nowadays I tend to speak English the most, followed by French with the little I knew of German being mostly gone.

I’ve started using Linux in the early 2000s, initially jumping from a distro to another, eventually sticking on Debian and moving to that new cool stuff called Ubuntu with its first release (Warthy Warthog).
Since then, I’ve been involved a way or another in Ubuntu, initially doing some bug reporting, then getting involved in LTSP, Edubuntu as well as some QA work (Ubuntu ISO Tracker), eventually started doing packaging, becoming a MOTU (Master Of The Universe) and eventually an Ubuntu Core Developer.

After joining Canonical, I mostly focused on the Ubuntu networking stack, then moving on to work more on containers and other side projects like the over-the-air update system for the first Ubuntu phone.

Nowadays I mostly focus on containers and spend most of my time working on LXC, LXCFS or LXD upstream.

If you want to know more about me and how I’m involved in Ubuntu, my Launchpad page is probably a good starting point.

On top of those more or less regular speaking appearances I’m also attending a bunch of smaller, usually container-related events and am in general always interested to speak at new conferences.

I’m one of the organizers of the yearly NorthSec event here in Montreal.
First started in 2013, it evolved from a yearly Capture The Flag event with less than one hundred participants to a massive yearly event including a multi-track conference with over a thousand attendees, one of the largest on-site CTFs in the world with hundreds of participants and a very solid week of trainings on offer too.

I’m the current VP infrastructure for the organization and manage the team of volunteers that handle all of the network and compute infrastructure both on-site during the event as well as year round, maintaining our websites and providing the infrastructure needed by the challenge designers to write, test and deploy challenges for the next edition.